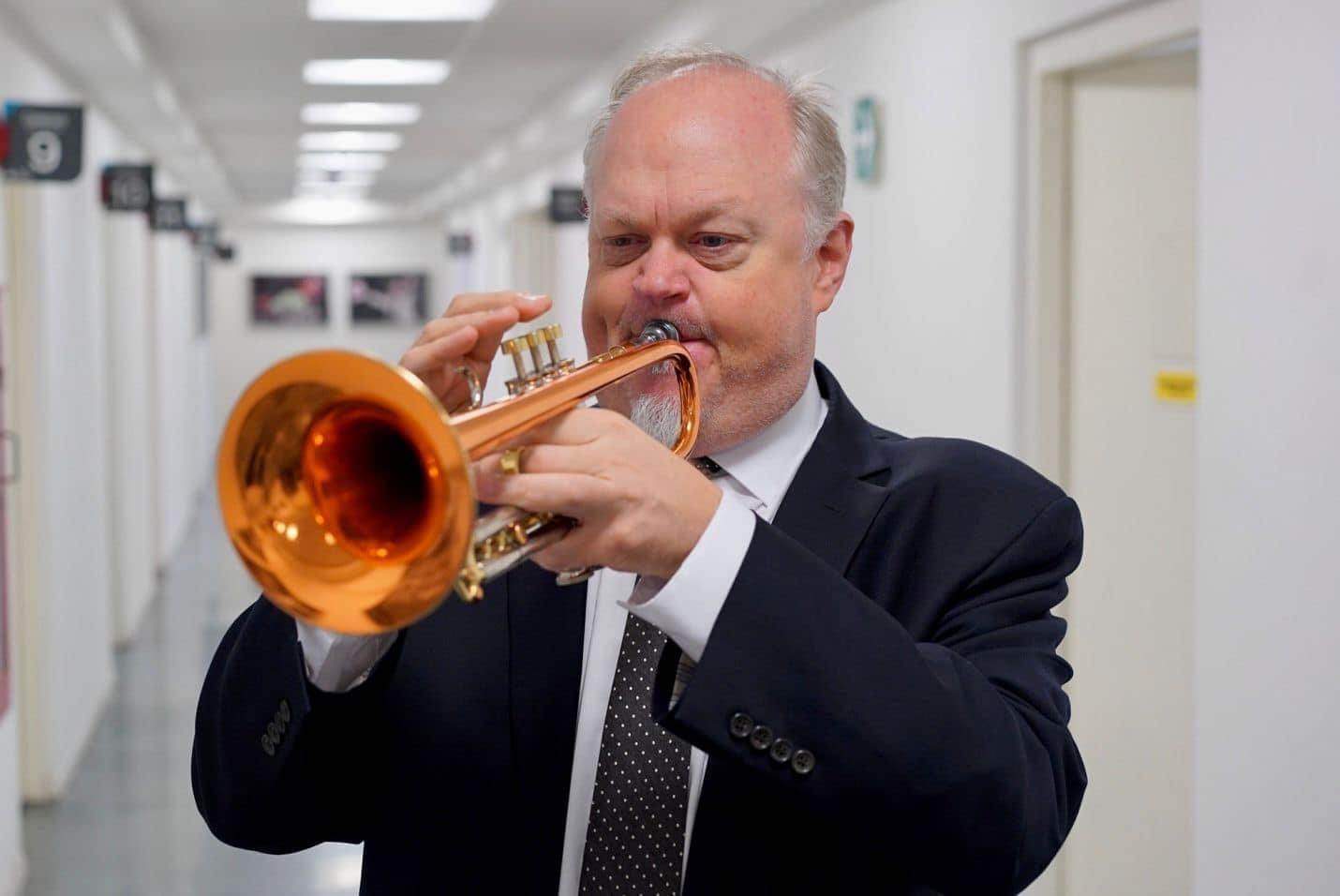 Kenny plays the Grande Campana as his main instrument but is also the proud owner of one of The Mother trumpets. Both trumpets also have gorgeous custom finger button inlays. 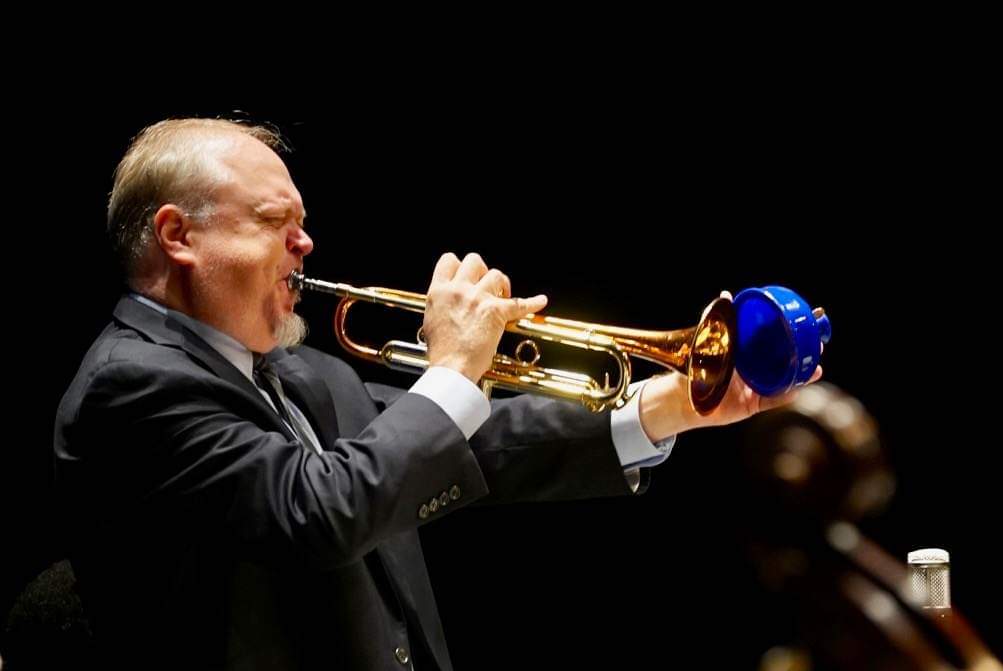 Check out Kenny’s line of Hirschman trumpet and trombone mutes at https://www.hirschmanmutes.com/

Learn more about Kenny’s organization Jazz Outreach Initiative and the wonderful work they are doing at https://www.jazzoutreachinitiative.org/

Trumpeter Kenny Rampton grew up in Las Vegas, and studied music at both the University of Nevada at Las Vegas and the Berklee College of Music. In 1989, he moved to New York where he quickly established his reputation as a versatile musician, touring and performing with a veritable who’s who in jazz. Kenny’s first road gig was a world tour with The Ray Charles Orchestra. After leaving the Ray Charles band, Kenny went on the road with legendary jazz drummer Panama Francis and The Savoy Sultans and soon thereafter, with The Jimmy McGriff Quartet. As a sideman, Kenny has also performed with jazz greats Wynton Marsalis, Jon Hendricks, The Lincoln Center Jazz Orchestra, The Lincoln Center Afro-Latin Jazz Orchestra, Chico OFarrill’s Afro-Cuban Jazz Big Band, Lionel Hampton, Charlie Persip and Supersound, Illinois Jacquet, Dr. John, Edy Martinez, Dr. Lonnie Smith, Reuben Wilson, Charles Earland, Tony Monaco, Clark Terry, Slide Hampton, Marcus Roberts, Christian McBride, Geoff Keezer, Richard Bona and a host of others.

Kenny Rampton joined the Jazz at Lincoln Center Orchestra with Wynton Marsalis as a full time member in 2010. He also leads his own groups in addition to performing with the Mingus Big Band, The Mingus Orchestra, The Mingus Dynasty, George Gruntz’ Concert Jazz Band, and The Manhattan Jazz Orchestra (under the direction of Dave Matthews). In 2010 Rampton performed with The Scottish National Jazz Orchestra at the Edinburgh International Festival, and was the featured soloist on the Miles Davis/Gil Evans classic version of Porgy and Bess. He toured the world with The Ray Charles Orchestra in 1990 and with the legendary jazz drummer Panama Francis, The Savoy Sultans, and The Jimmy McGriff Quartet, with whom he played for 10 years. As a sideman, Rampton has performed with Mingus Epitaph (under the direction of Gunther Schuller), Bebo Valdez’ Latin Jazz All-Stars, Maria Schneider, the Afro-Latin Jazz Orchestra, Charles Earland, Dr. John, Lionel Hampton, Jon Hendricks, Illinois Jacquet, Geoff Keezer, Christian McBride, and a host of others.

Kenny also is one of the co-founders of the Jazz Outreach Initiative which raises public awareness of jazz through concerts, classes, and community building, bringing a world of creativity and a higher consciousness to the students, performers, and the audience.

Additionally, Kenny has created a line of Hirshman trumpet and trombone mutes that are used by many amateur and professional musicians alike.